The commissioning observation of the third generation satellite of Metiosat will bring many innovations. Image resolution should be improved, potentially dangerous events such as thunderstorms and fog can be better detected. Here’s an overview of what will change:

After the inauguration New station Preparations are under way for a satellite reception at Loèche-les-Bains last week. The next step is the launch of the first Metiosat third generation satellite later this year.

The concept will be much more developed than the second generation of meteosat, new satellites will be stable on 3 axes and will no longer be in rotation. This is a significant improvement: current platforms rotate around their axis of symmetry, ensuring good stability; The main disadvantage is that in each revolution the instruments are directed towards the earth only 5% of the time of rotation. They can’t measure anything about the other 95%. Thanks to this new process, the instruments will be permanently directed towards the earth.

The new mission will launch two types of satellites, an imager (MTG-I) and a sounder (MTG-S): into orbit:

The MTG-I satellite will carry a new flexible combined imager (FCI) with a resolution of 0.5, 1 and 2 km over the visible spectrum, compared to the current 1 to 3 km. For the record, 500m resolution images are currently only available twice a day …

Imaging time will be reduced to 15 to 10 minutes for the entire hemisphere, for example with a non-trivial effect on a very short-term forecast in the case of a storm. The resolution and generation time of infrared and water vapor images will also be improved.

The MTG-I satellite will have a lightning imager (bottom) on board that will continuously measure and the optical pulse (lightning) ignited by the emission of energy with a spatial resolution of 10 km. Lightning will depend on sunlight but over 24 hours, this new imager should detect more than 80%. 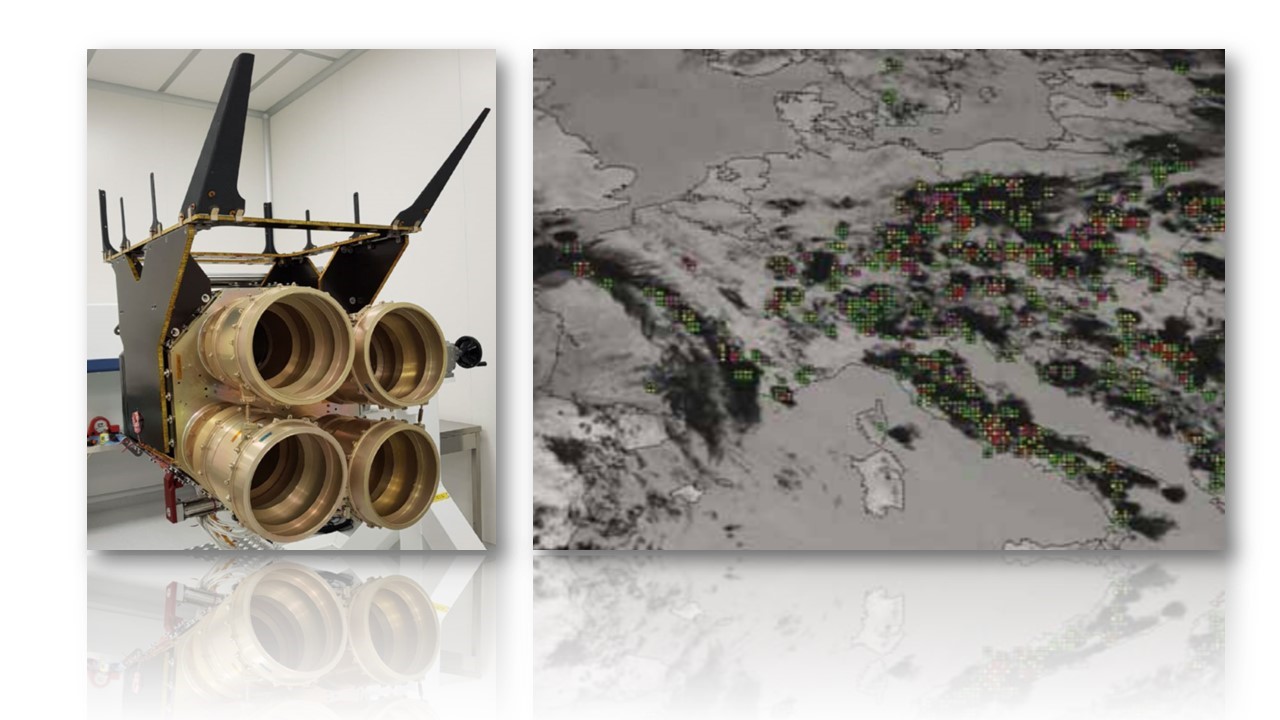 The MTG-S satellite will carry a sounder Infrared, With 0.625 cm spectral resolution. The latter will work in two infrared bands with a spatial resolution of 4 km. It will be able to depict the entire disc in infrared with a 60 minute repetition cycle. This device has no predecessor in the Meteosat program.

The priority of the MTG program is to support neocasting and very short-range predictions, thanks to major improvements in image production resolution and frequency. This will increase the number of spectral channels from 12 to 16, creating additional information on the semi-transparent Cyrus Cloud, Cloud Microphysics, Aerosol and Forest Fire. 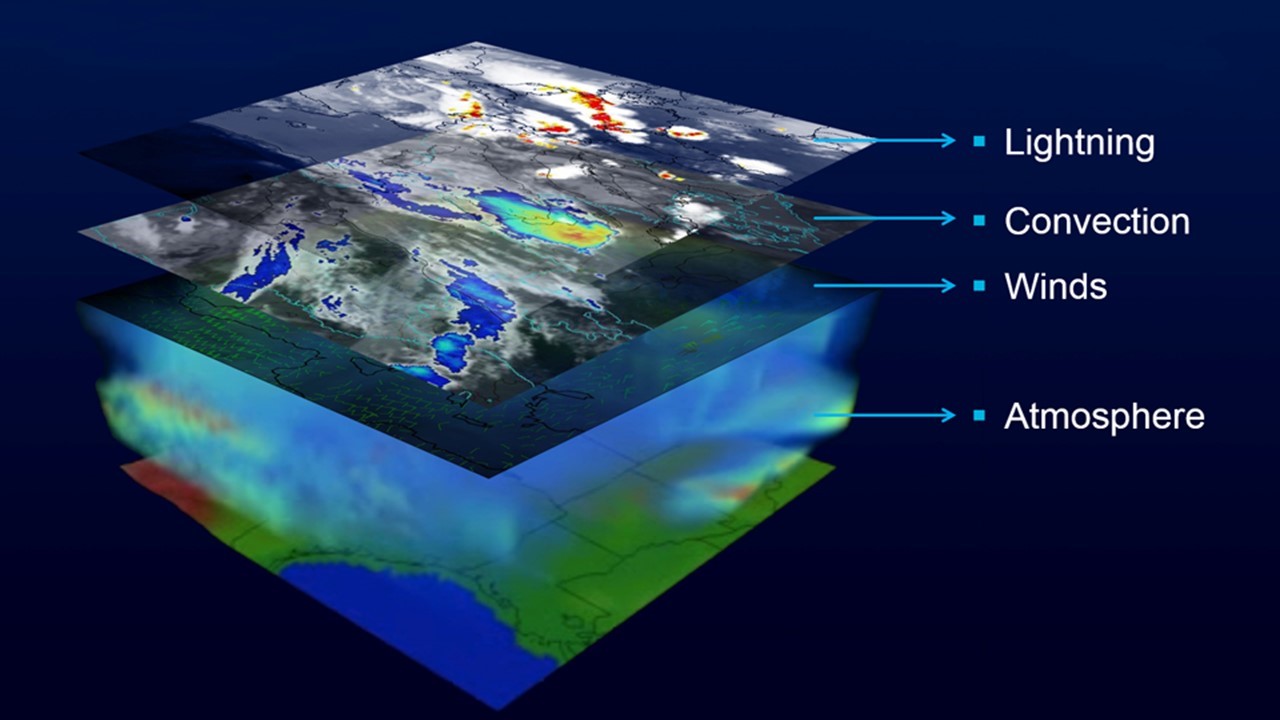 The superimposed vision of the third generation Matiosat satellite [EUMETSAT]

Also new to a geostationary satellite, the MTG program will provide vertical temperature and humidity profiles per hour across disks across the Earth, including 4 km horizontal samples at sub-satellite points. The high iteration of these words will provide the data required for very high resolution regional NWP models.

Observations of upper cloud levels play an important role in predicting thunderstorms. The following illustration shows a series of moving clouds in Central Europe, as seen in the second generation of Meteosat (below) and the new flexible Combined Imager (FCI), using the onboard Meteosat Third Generation (MTG) (above). 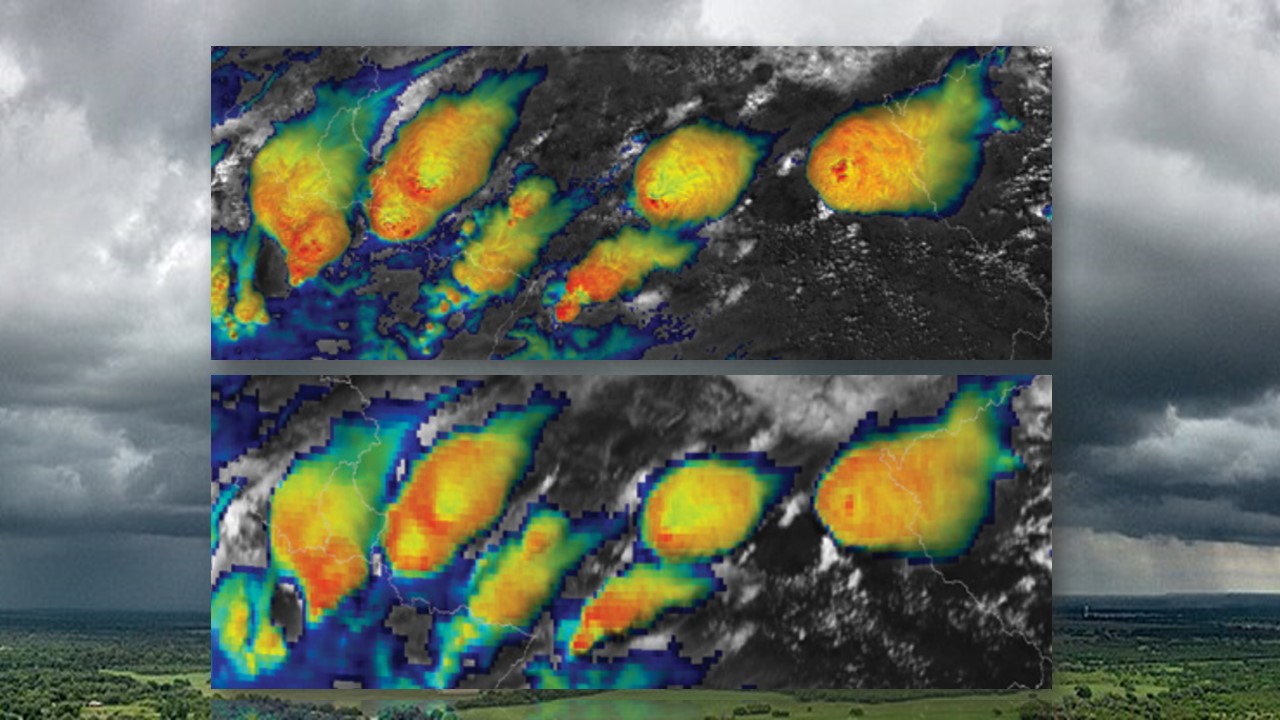 The sampling frequency is twice as high (every 2.5 minutes compared to the current 5 minutes), which allows forecasters to better observe cloud tops, better assess thunderstorm intensity, and issue short-term forecasts a few minutes in advance.

The presence of a convergent region associated with water vapor in the lower layers of the atmosphere is a precursor to intense thunderstorms. By comparing the two channels (10.3 µm and 12.3 µm) in the infrared spectrum of Meteosat’s new third generation imager, this state parameter can be assessed with relative accuracy.

Here is an example (above) from the ABI imager on board the American geostationary satellite GOES-East, which uses the same technology: The image on the right shows water vapor in the lower layers: the region is reddish-orange, starting below the center of the image and down. Expansion indicates an increase in the amount of water vapor along a converging region. 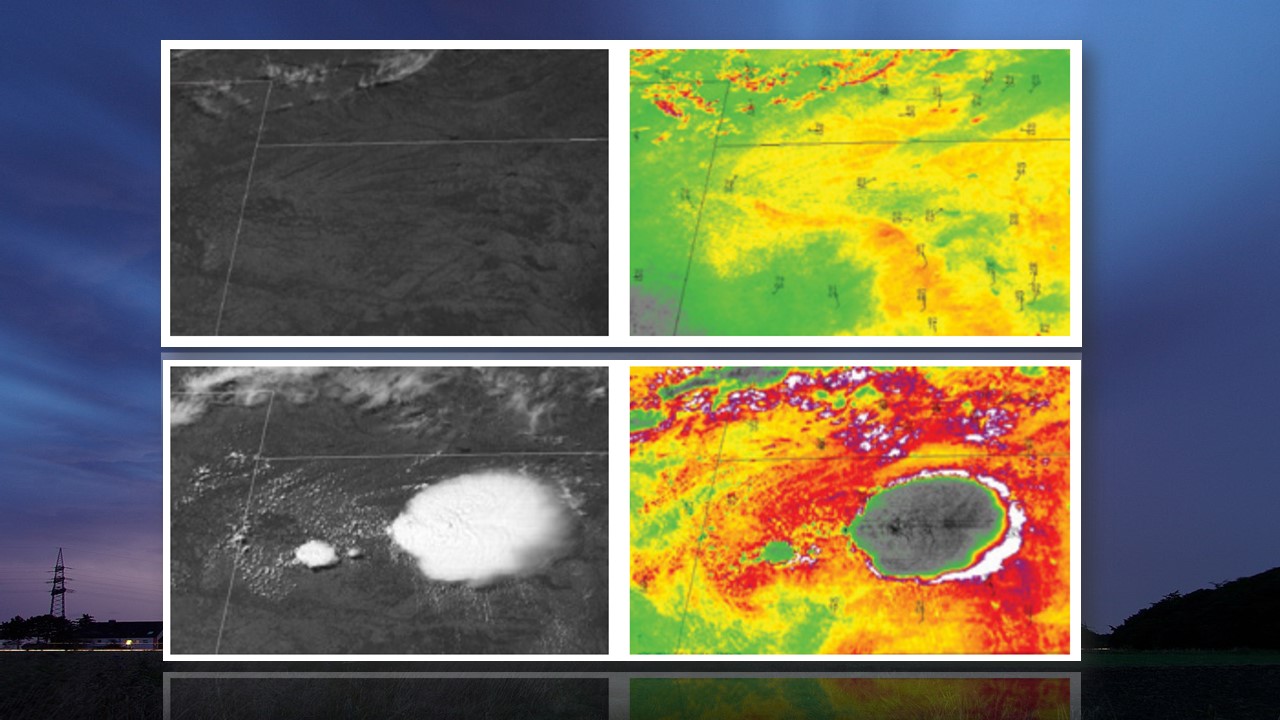 Kansas (USA) visible image on the upper left and low level humidity is detected on the upper right. Below, atmospheric conditions after 3h30: Full-blown hail in the same area in the figure visible on the left. The lower level of humidity is shown on the right. [Smial – EUMETSAT/Wikipedia]

These slices of the atmosphere often catalyze the convection event and sometimes cause thunderstorms a few hours later. At the same time, the visible channel (left, channel 0.6 µm) shows clear skies and no cloud formation, which is a precursor to circulatory development. The convergence zone was visible about 2h30 before the cloud was formed, which allowed the operational meteorologist to be informed about it ahead of time and therefore could issue early warning. The figure below represents the same place after 3 hours 30, highlighting a fully developed circulatory system, creating strong winds and large hailstorms.

Fog detection is essential for transportation safety, including airport operations and air traffic control. Current equipment allows better observation during the day compared to visible and infrared satellite images. But at night it is quite different, where it is often difficult to determine the amount of fog patches. 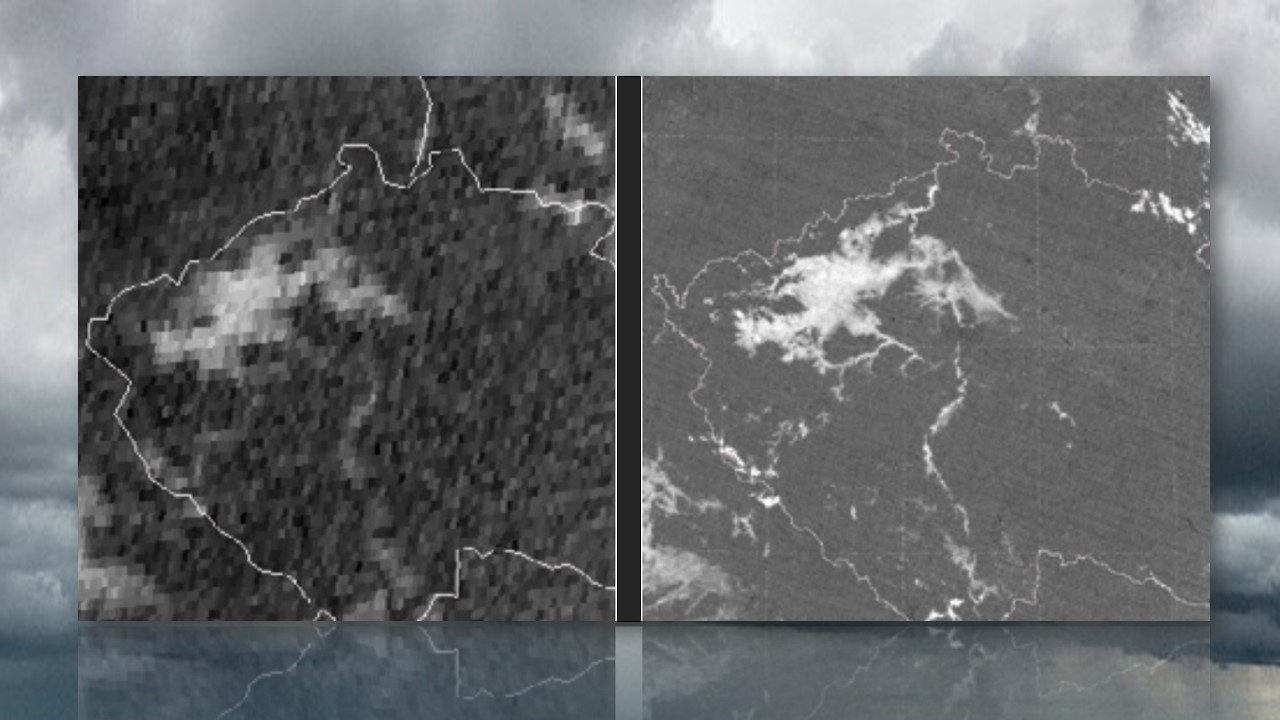 Morning fog detection over the Czech Republic, based on the current Meteosat image (left), allows the fog to be positioned more accurately, compared to a simulation of images from future MTG satellites (right). [Lance Cheung – EUMETSAT/Wikipedia]

Here is another example from the Advanced Reference Imager (ABI) on the GOES-East board, like the FCI imager from MTG Satellite. Compared to previous GOES imagers, it is more precise in monitoring, forming or removing fog, which makes it possible to issue warnings in the shortest possible time and thus reduce the financial loss to airlines.

Morning fog detection over the Czech Republic, based on the current Meteosat second generation image (left), makes it possible to detect fog more accurately than a simulation of an image from a future MTG satellite (right).

The first copy of Meteosat Third Generation will be launched into space by the end of 2022 in Arianspace, French Guiana.

Click here for more information on the third generation of Meteosat Link.